At this year’s ONA I’ll be on a panel “I failed and so can you.”

I’ve always been a big fan of failure. I think journalism should hold a “fail camp” (inspired by Ethan Zuckerman). When I re-started the blog carnival I dedicated a month towards failure. I’m working on a new project (details to come soon, promise) and I think/hope failure will be a big part of it.

We talk a lot about barriers to success. But we also say that we can only succeed on the shoulders of our many failures. Therefore I’d like to point out what I think are the barriers to failure (and therefore also to success). If we don’t fail early and fail often we won’t push forward. So below are some barriers to failure. Luckily most of these are easily overcome if you can identify them. 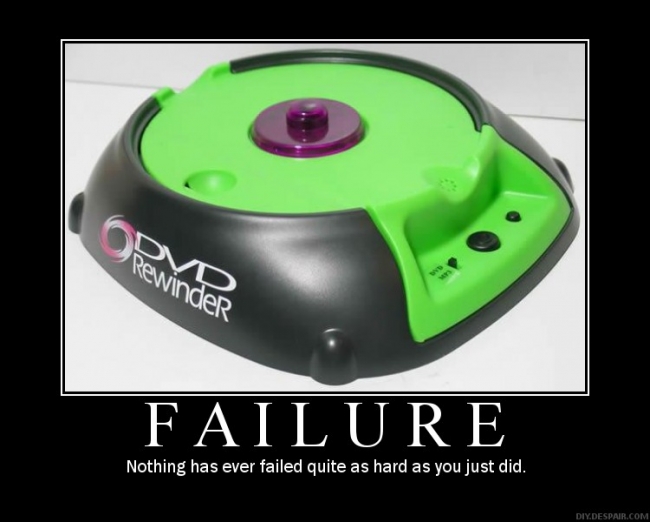 The “What If’s” are a terrible thing. It assumes that every bad scenario you can think of needs to be handled right away before you even start. This is the opposite of the sage philosophy from “Getting Real”: It’s not a problem until it’s a problem. I put this barrier first because it’s a particularly poignant problem in the journalism community. We are natural skeptics. Our instinct is to think about who might be secretly benefiting, who is maliciously stealing public money what ‘problem’ is there underneath the surface. That’s great in reporting but the WRONG attitude to starting something new. The “What If’s” are unproductive. Deal with “this is” when it happens. I am very familiar with “what ifs” because I get them every time I explain Spot.Us to a journalist that has never heard of the concept. 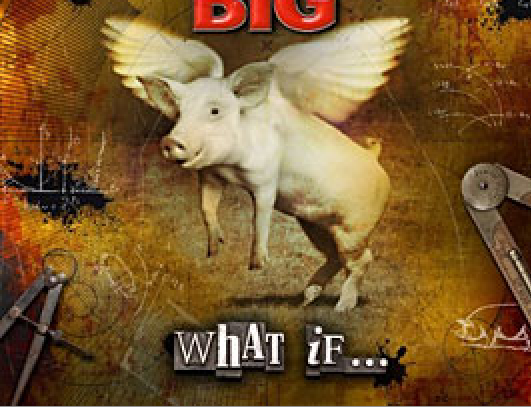 What if stories get influenced by a donor?

Bottom line: If the reason you aren’t doing something starts with “what if” – it’s a bad reason not to move forward and perhaps fail. It’s not a problem until it’s a problem.

2. Tradition!!!! (sung loudly while swinging your hands in the air) 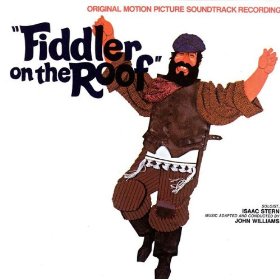 Traditions are great. But if presented with a new way to do something which breaks tradition – you should take it. Traditions are only as strong as their tests. If you never test a tradition, it’s weak, fragile and hasn’t evolved. If you test the tradition against a new method and the new method fails, score for tradition (waves hands, sings loudly), but if not – you must learn to adapt. The old tradition of war was that it was fought in an open field in straight lines of volleyed musket fire wearing bright uniforms that looked like targets. That “tradition” didn’t stand the test of time for a reason. Do you really want to defend the online version of volley-musket fire because it’s “tradition.”

3. Letting the perfect be an enemy of the good.

Dreams of perfection should not stall the launch of something good. If it were perfect you wouldn’t fail early or often. You wouldn’t fail at all. But one could also argue if you were aiming for perfection, you’d end up attempting nothing. At a certain point you have to accept what is and isn’t possible in a reasonable timeline and aim for what is reasonable. The good news is that you don’t have to END there. You are just starting there. In some respects I think that’s the reason so many folks let perfection become the enemy of the good. They are concerned that they’ll never progress after an initial effort. Hence, we won’t start unless we know we can get all the way. This is a great way to invest months into a project that could fall flat its face. Remember: It’s cheaper and easier to try something than it is to debate about whether or not to try something.

It’s a perfectly natural fear. Nobody wants to have their ego bruised. Luckily we are living in a time where the web is figuring itself out. There is a way to fail gracefully, to fail towards success. It’s not even altruistic, if you fail you’ll learn more and will be more likely to succeed in a future endeavor. You can fail selfishly and get kudos along the way. Remember kids, only you can defeat fear of failure.

This is a bit different from “tradition” above (#2). In this case it isn’t for lack of will that new things are tried and potentially failed. In this instance it’s for lack of an institutional way. In other words – there are no resources (time, money, knowledge), to get started on a project even though everyone earnestly wants to try it. The good news, any institution that has this problem of existing momentum also has some resource,s it’s just a matter of allocation. This is the classic newspaper problem. Why don’t news organizations stop the presses and invest in digital? Because print is still where they make their money. You can’t cut off the head to save the body.

But here’s the truth. If there is a will, there is a way. Fact is, if you accept that perfection is not the enemy of the good and that you don’t need to accommodate every “what if” scenario, you can create a streamlined alpha of many projects. You can do this independent of the institution. And institutions need to learn to let go, allow some 20% time, skunkworks or whatever you want to call it. You just need a wee-little bit of space. The smudgiest of resources to begin. From there – you’ll get a better sense of whether or not something is worth more resources.

6. Resources to get started

There is good, fast and cheap. You get to pick two.  Keep your scope small and remain flexible. Google does have a lot of resources and yet innovation happens outside of their Google-plex. It’s possible. You just have to be ready to make sacrifices. The good news is that you can always come back to fix things. Later will always happen – now is fleeting. Take advantage of now so that in the future, you can continue to push forward.

If you don’t have good leadership you won’t launch new products. Leadership needs to be clear, so that everyone can get in line. Leadership needs to have a vision, to communicate that vision and know how to navigate the above barriers. If not, they themselves are a barrier. In truth, leadership is a post in and of itself, but certainly a leadership vacuum is a great barrier to failure. While that last sentence may seem counter-intuitive (great leadership should lead to success) consider Teddy Roosevelt’s quote: “In any moment of decision, the best thing you can do is the right thing, the next best thing is the wrong thing, and the worst thing you can do is nothing.”

3 thoughts on “Barriers to… Failure”