There has been a lot happening in the technology/media world this week. Who could turn away from the back and forth between Mike Arrington at TechCrunch and Arianna Huffington, his supposed boss at AOL, with Tim Armstrong trying to save face on all sides.

Then seemingly out of nowhere the CEO of Yahoo is kicked out and a “For Sale” sign is put up on their front yard.

Both Yahoo! and AOL were technology giants that are moving to become media entities. AOL doesn’t hide it with the HUGE investment in Patch and acquiring HuffingtonPost. Yahoo perhaps made the shift too coy and thus might have to start breaking apart. Yahoo hasn’t made the drastic switch of resources that AOL has and the potential sale might be a direct reflection of poor internal investments. Now AOL’s big bet might not win – but at least it was a conscious bet that the company made to become a content creator of massive proportions. I think Yahoo always rested its laurels on being a search company with a few social properties here and there (they never utilized Delicious or Flickr that well).

And thus the lesson below….. 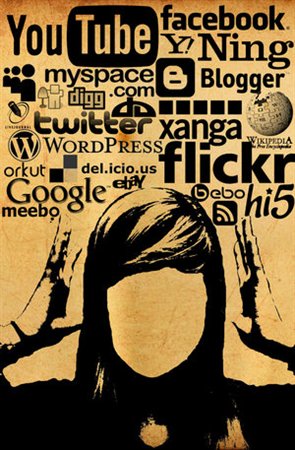 Technology companies must understand that they are also media companies.

Media companies must understand that they are also technology companies.

Because the two are married.

Let’s take a step back to get here.

1. All media is social

The intent of media is to communicate something to people. Skirting the “if a tree falls in a forest” question – I’d say that all media is social.

2. Then what the hell is social media?

What we call “social media” is a misnomer given #1 above. A more proper understanding of it might be “minute media” or media about minutiae (then again, ‘minutiae’ is all about perspective; ‘dog bites man’ is big news to the man’s family). When blogs bursted on the scene in the early 2000’s we saw some of this minutiae media. It turns out that was just a crack in the damn. The real wave of minutiae media came around life-casting ie: Twitter, Facebook updates, etc. But this is all media.

3. Minutiae media is made possible by technology.

See: the Internet, the falling cost of publishing, etc.

Netflix, Hulu, Facebook, Twitter and more are all technology companies that make their money because of the media they produce or enable.

Even Apple is a media company to some degree. They build hardware with the intent of syncing it to their very massive and user-friendly media store iTunes.

Some of this is not news for folks (Lisa Williams may be the first person I heard to clearly state this). When I look at AOL’s and Yahoo’s moves it strikes me as apparent and something to take pause to notice. AOL, while often berated for patch, should be applauded because while most technology companies that move into media deal with ‘content’ AOL made a specific goal to do community journalism.

So where does this leave media companies?

They must move to become more like technology companies. They must learn to either create their own platforms for minute media or truly adopt/adapt to other platforms. They must find and define the platforms that enable the type of media they want to support. This, I believe, starts where Jeff Jarvis’ post about platforms being journalism leaves off. It’s not that platforms are journalism – it’s that technology enables media and journalism is a type of media that requires a type of platform. Journalists love to complain about Demand Media, for example, but it’s a beautiful case where a media company has built a technology platform to support the type of media they want to make. I agree, it’s not journalism – but then journalists must BUILD the platform that enables their type of media or pray somebody else does. ALL CODE IS POLITICAL. Newspapers should define that technology platform instead of waiting for somebody else to build it for them (charging them an arm and a leg in the process).

I’m a little under the weather so I’m not even going to give this a second read/edit. But hey, this is my semi-minute media space. It’ll hopefully be interesting to somebody.