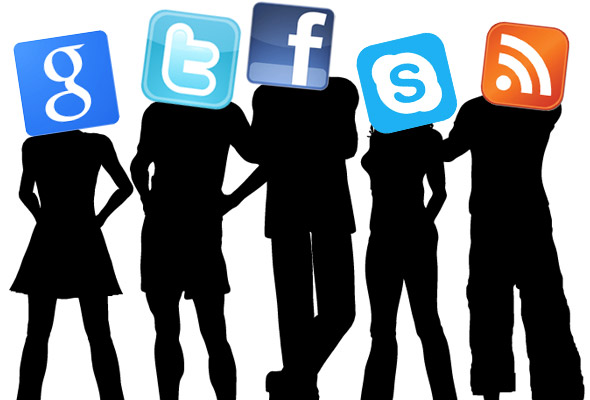 Essena O’Neill quitting social media is making a splash. And why wouldn’t it? It speaks to something we inherently knows is true. Social Media is mediated. It is a farce.

I wrote a post to the same effect in 2013. It was actually in the aftermath of the Justine Sacco “Going to Africa. Hope I don’t get AIDS. Just kidding. I’m white!” Twitter-storm.

In the 1976 satirical movie ‘The Network’ there is a scene when the main character goes on a rant about how television is a charade. A kind of shadow cast on the wall of Plato’s cave. Take four minutes (or skip to the 2-minute mark if you really have no time). It’s a great rant. Then look yourself in the mirror and admit you’ve had these thoughts about television.

Socializing on the internet is to real social activity as reality television is to actual reality.

“In the future, everyone will be world-famous for 15 minutes.” — Andy Warhol

Andy Warhol couldn’t have been more right about this. What he failed to include was the notion that everyone will THINK they are famous for much longer than 15-minutes. When a “real person” is cast on a reality show, we are not seeing the truth. We are seeing a performance. And while there is no “casting” online — much of what we see is a farce. It is directed. It is mediated and produced. Even moreso for those whose professions (digital gurus, social media editors, etc. etc) are inherently connected to the online world.

Let’s add another element to this conversation.

(Ideas on what generations deem as success is informed by a talk by Clint! Runge)

This is why Fight Club resonated so strongly.

Let that sink in for a moment…….

Success is about owning social relationships.

In a conversation with my friend Andrew Haeg we came to the conclusion that Millennials have been born into a time where they must bear the brunt of social media anxiety.

They are the first to see the world through a social lens where every moment is harnessed for sharing. There is a debt of social activity they must constantly keep up with. Have I read all the Facebook posts? Did I see all the Instagram photos? Have I let my social network down?

The emergence of mass production led to abundance. But eventually left us with psychological and environmental externalities. Millennials have lived through the age of mass production of social capital. We have experienced the abundance and commodification. And we aren’t sure exactly what it all amounts to. What does a Millennial Fight Club look like? What are the externalities?

Why do I switch between talking about Millennials as one and sometimes as an observer? Read the section “On Generations” below. I have never felt truly Millennial or Gen X.

Generations in the Desert – Thoughts from Aspen
Much like FooCamp, the Knight Focus event in Aspen was very invigorating. FooCamp had a “FrieNDA” policy about blogging…blog.digidave.org

And I should note with the headline “Millennials Got A Raw Deal” thatdoesn’t mean social media is bad in and of itself. It has benefits for society. Just like mass production does. The abundance is something we wouldn’t want to give up. And over time, perhaps a balance can be struck.

And what about Gen Z

The next generation doesn’t need to answer the question “who am I.” Their identity has already been created online by their parents. Their photos already posted. Their jokes already delivered.

Success to the next generation will be in owning experiences.

Everyone wants to know how to tap into “the kids.” It’s where the money supposedly is. One of the most important things to keep in mind. EVERY generation is rebelling. EVERY. SINGLE. ONE.

But if they are rebelling against their Gen X parents, their form of rebellion may look like social responsibility and maturity. What generation raises you has a BIG impact on how you turn out — on how you rebel.

And every generation goes through life phases. Gen Xers were rebelswithout a cause when they were younger. Now they are in their prime earning years. When they are supposed to be the workers and managers of society. Meanwhile the Boomers are moving into the later stages of life, where their value to society is in being wise sages.

All this is just to point out the framework by which I think about the play between generations. This is very inspired by Strauss-Howe Generational Theory.

Want a skeptical look at the world — check out my newsletter below.

*Before you respond keep in mind the caveat “not all” applies whenever talking about a generation. “NOT ALL” millennias or Gen Xers, etc have certain traits.