It is yet another Carnival of Journalism (our one-year anniversary). The Carnival is a network of bloggers I reinvigorated who all write a response to a different question every month. This month’s question comes from Michael Rosenblum: “Can a good journalist also be a good capitalist?”

A few weeks ago I was invited to speak at the Cronkite School of Journalism in Arizona by my friend and mentor Dan Gillmor. It was a gathering of journalism professors from around the country who are going to build their own curriculum to teach entrepreneurial journalism. Dan asked me and Mark Luckie to come speak about our experience going from J-school to startup. It’s a different career path from many and the point is to show professors that it’s a viable path.

Without a doubt it is a real path. I’ve been living it for so long (even before Spot.Us I had been working on “experimental projects”) it doesn’t even seem like a question to me. Sometimes I am looked at as a poster-boy for entrepreneurial journalism. And on those occasions I’m happy to evangelize what is a totally viable path.

But one of the professors at the Cronkite J-school gathering asked a very important and a totally fair question. I’m paraphrasing here: “I know it’s a real path, but it can’t be all butterfly’s and kittens. What are the tradeoffs? What are the hard parts of going down this route? I don’t want to send off students without a healthy dose of reality.”

Sometimes those of us who have drank the entrepreneurial Kool-Aid like to point out success stories and perks without mentioning just what you have to give up to go this route.

I wouldn’t change a thing about the career path I’ve chosen. It has absolutely worked out for me. But if I were to advise a younger me – I would be remiss in my egoistic duties if I didn’t convey both sides of the question “should you go out on a different kind of career path.” There are plenty of positive things I would say. I often shout out about how awesome it is to start your own project, blog, company, nonprofit, etc. But that’s not the purpose of THIS blog post. I’m playing the contrarian so that our Carnival isn’t one big “yes we can”-fest. With that in mind there are THREE big areas that somebody who is thinking of going out on this path should keep in mind.

1. There is a time burden

I used to joke “that the Internet doesn’t sleep and so neither can I.” I’ve gained some wisdom on how to balance certain aspects of work/life but if you have gone out on your own to start something up it is not a 9-5 job. It is not a Monday-Friday job. “What you gain in freedom, you lose in free time.”

2. There is a mental burden

The buck stops with you. There is no “boss” to complain about. If things have taken a turn for the worse, the only person you can blame is yourself. In fact, as other people start to rely on you for a paycheck it becomes an even bigger mental burden. You don’t want to let anybody down. You must learn to live with that mental pressure. What you gain in potential reward you lose in mental security.

3. There is a path burden

It is a career path. Once you start walking down that road, it is difficult to go back. When I made the choice to go down this path I was a hard working tech-reporter. I have followed some of my tech-reporting peers and admired their careers. In fact, my replacement at Wired is still there holding down a solid job. It is a path I could have gone. If I wanted I could still go back to being a reporter/writer – but after several years being out of that game, I’d have to do some backtracking. I’d have to work underneath that guy at Wired (ironically enough, I interviewed/hired him). I’d have to sharpen my skills again. It is difficult to go back. Moreover – you might not want to go back. There is a bit of the “take the blue pill or the red pill” aspect to striking it out on your own.

As you probably picked up – there is an upside to all of these downsides. As with most things in life it isn’t black/white. There are shades of grey and you have to be prepared to paint with those shades. It’s amazing what you can do with only a few colors. 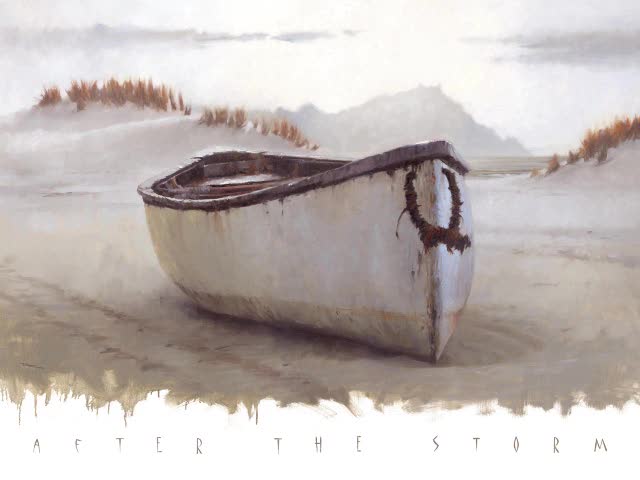 4 thoughts on “The Other Side of Entrepreneurialism”